Noida: It was a great occasion when Indo Gabon Cultural Forum was launched by H.E. Andrew Crepin GWODOG Minister for Environment Protection and Natural Resources of the Forest and the Sea, Government of the Republic of Gabon at Noida Film City initiated by International Chamber of Media And Entertainment Industry at their international head quarters at Noida.

â€œHistory has been created when first Indo Gabon Cultural Forum has been launched by one of the most important person of Gabon Government,â€ said Sandeep Marwah President of Marwah Studios who has been nominated as the Chairperson of IGCF.

Sandeep Marwah along with the H.E. Andrew Crepin GWODOG handed over the certificate of patron ship to H.E. Desire Koumba Ambassador of Republic of Gabon to India.

â€œWhat a pleasure to serve the people of India and Gabon through this forum. I will cooperate to my best for the welfare of people of both the countries,â€ said H.E. Desire Koumba.

Thu May 19 , 2016
Noida: History has been written when first ever Indo Gabon Cultural organization has been created and launched by H.E. Andrew Crepin GWODOG Minister for Environment Protection and Natural Resources of the Forest and the Sea, Government of the Republic of Gabon on his first visit to India. â€œWe are excited […] 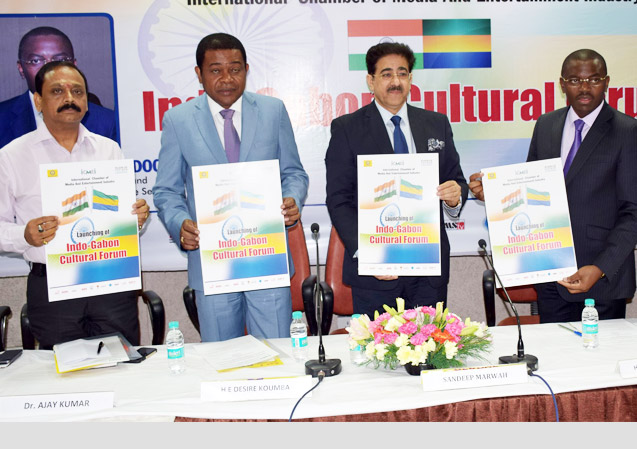