The members extended their heartiest congratulation to Honorable Venkaiah Naidu on being nominated as the candidate for the Vice President of India recently.

The president of GCTC- Aditya Tikoo, Former Governor of Chhattisgarh Shekhar Dutt and many people expressed their ideas during the discussion hour.

Convocation of Trainees of 95th Batch of AAFT

Thu Aug 3 , 2017
Noida: More than 100 students accepted their prestigious diploma on the 95thÂ Convocation of Asian Academy of Film And Television at Noida Film City in a program organized by Marwah Studios in association with Indian Skills Development Council. â€œWe are now associated with Indian Skills Development Council and ISDC has approved […] 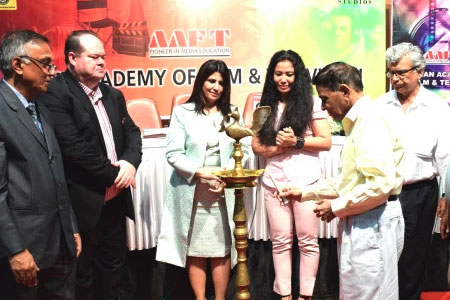