Country & Politics a national weekly tabloid, colored & in two languages have been nominated as a official newspaper to 3rd Global Festival of Journalism Noida 2015.

Country & Politics is available in 17 states of the country published from Delhi, Ghaziabad, Dehradun and Bangalore at the same time. It is available on net and has a large circulation as e-copy informed Vipin Gaur young editor of the paper.

The management has decided to increase the circulation of the newspaper from 12th February 2015.

Wed Jan 6 , 2016
3rd Global Festival of Journalism Noida 2015 will provide International platform to the newly constituted Sardar Patel Forum on 13th February here at Noida Film City informed Sandeep Marwah President of the festival. â€œI am a product of Sardar Patel Vidyalaya and I have been impressed by the life and […] 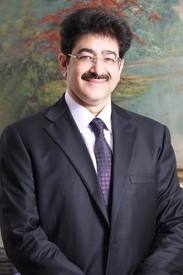