Noida: Asian Academy of Film And Television has completed its 90th batch of trainees in film, television and media courses and has created a wonderful record in media education all over the World. The institution has given largest number of celebrities to the nation.

â€œPlanned and systematic education blended with discipline can only bring so much of results what AAFT has brought and contributed to the media and entertainment industryâ€ said Rajeev Kumar Deputy Inspector General of Police COBRA in his convocation speech on the completion of 90th batch of AAFT.

â€œFilms are weak without music, I am impressed that huge element of music is the part of film and media studies with radio station as input. AAFT is doing wonders in this fieldâ€ added Tarun Bhalla music director from Mumbai.

â€œAAFT has changed the pattern of teaching creative courses by adding management into the syllabus and system. The output is much smarter and organized,â€ expressed V.S.K. Sood a senior management consultant and founder of Sangam Kala Group.

Award winning filmmaker Satish Pandey and Chaman Gupta also spoke to the outgoing students and motivated them to work hard and honestly towards the growing industry of media and entertainment.

Later Sandeep Marwah President of Marwah Studios honored the guest with the life membership of International Film And Television Club of AAFT.

Thu Apr 21 , 2016
New Delhi: Renowned film star and now Padmashree Priyanka Chopra spoke to Radio Noida and Marwahstudios.tv exclusive in an interview that she is proud of Indian culture and Indian film industry. She has flown back from America where she has been associated with acting and her role in American films […] 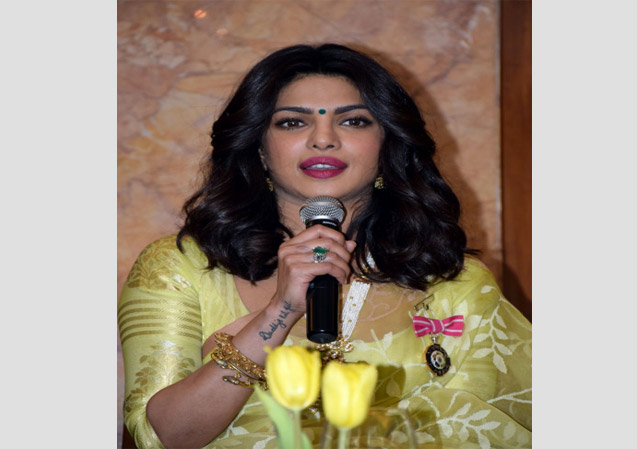