New Delhi: â€œEvery Indian must learn that he has to live in the place which should be neat & clean and he must plant and preserve some trees around him. The whole country will become a beautiful place,â€ said Sandeep Marwah President Marwah Studio on the 12th foundation Day of Sarita Vihar Harit Kranti Association.

Welcoming the guests J.S.Saluja spoke about how they have converted Sarita Vihar into Green Colony of the city. Padamshree Ashok Chakradhar congratulated the association and expressed his views in poetry.

Sandeep Marwah also informed that how their concept of Clean India has become the National Program by the Prime Minister of India on 2nd October 2014. He emphasized on the Gift A Tree scheme.

Fri Jan 8 , 2016
You must take initiative to increase the volume of art and its business in the society as it creates spiritual environment. The development of art and culture leads to the development of society and adds to humanity,â€ said Sandeep Marwah President Marwah Studios inaugurating the Gandhi Art Gallery At Gurgoan […] 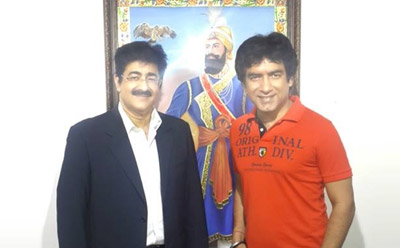