New Delhi: “My heartiest congratulations to all the children of my country on this auspicious day of Birthday of our first Prime Minister of India Pandit Jawaharlal Nehru which has also been declared as the Children’s Day,” announced Dr. Sandeep Marwah Chief Scout For India addressing the young students of Asian Education Group.

Scouting was officially founded in British India in 1909, first starting at the Bishop Cotton Boys’ School in Bangalore. Justice Vivian Bose, Pandit Madan Mohan Malaviya, Pandit Hridayanath Kunzru, Girija Shankar Bajpai, Annie Besant and George Arundale started scouting for native Indians, in 1913. Prior to this date, Scouting was open only for British and foreign Scouts. In 1916, a Cub section was started, followed by the Rover section in 1918.

“I will request all the institutions in the country to start Scouts and Guides organization in their setup so that students and members can be developed emotionally, socially, mentally, intellectually, physically and spiritually and they can make a positive contribution to their communities and the wider world,” added Dr. Sandeep Marwah.

Tue Nov 26 , 2019
Hyderabad: The Chief Scout For India Dr. Sandeep Marwah visited Hyderabad to see for himself as what more can be done as far as Scouts and Guides Organization is concerned. Dr. Sandeep Marwah met many important dignities of the city including promoters of school and colleges to raise the number […] 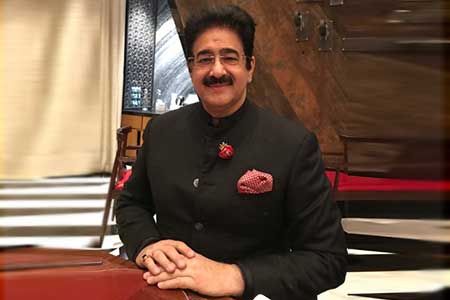