New Delhi: “Let me first extend my gratitude to each and every one who was involved with the Kargil operation. Let me pay homage to all those who have laid their lives for the nation. The countrymen will never be able to forget the sacrifice these soldiers have done for the motherland,” said Dr. Sandeep Marwah Chief Scout For India addressing scouts and guides and many people on web.

“Lets come together as a Nation of Youths and celebrate the success of our forces during Kargl operation. Our forces who all served this operation are today the real source of inspiration for the youth of this country. We have to learn a lot from these martyrs,” added Dr. Marwah motivating Scouts and Guides of India.

Kargil Vijay Diwas, named after the successful Operation Vijay, is celebrated in India on 26 July. On this date in 1999 India successfully took command of the high outposts which had been lost to Pakistan. The Kargil war was fought for more than 60 days, ended on 26 July and resulted in loss of life on both the sides.

Later Dr. Sandeep Marwah read the important messages of the dignities “ one by one.Kargil Vijay Diwas is symbol of fearless determination & exceptional valour of our Armed Forces. I salute the soldiers who fought the enemy and laid down their life to defend Bharat Mata. The nation is forever grateful to them and their families,” said Shri Ram Nath Kovind President of India.

“On Kargil Vijay Diwas, we remember the courage and determination of our armed forces, who steadfastly protected our nation in 1999. Their valour continues to inspire generations,” said Shri Narendra Modi Prime Minister of India

“Kargil is not only a symbol of our self-respect but also a step taken against injustice. Former PM AB Vajpayee had said that within the purview of national security whatever we do is for self-defence and not attack,” said :Defence Minister Rajnath Singh.

Mon Aug 3 , 2020
New Delhi: National Parents’ Day honors all parents on the fourth Sunday in July. No matter where our parents may be, this day serves to celebrate their important role in our lives. “Parents play a vital role in the lives of children. From our birth, parents protect, teach, provide, and […] 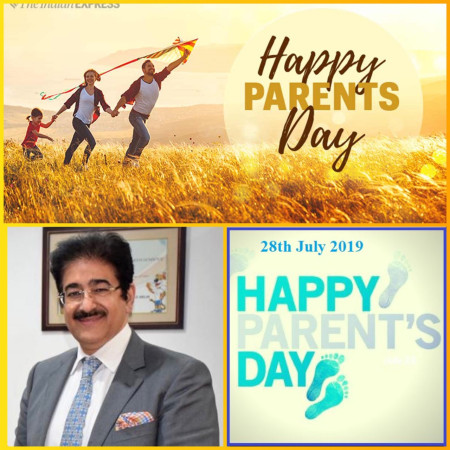