Cannes: 72nd Cannes International Film Festival has already become the centre of attraction for filmmakers from all over the World. Who’s who of cinema you can find them here interacting with filmmakers of other countries.

Sandeep Marwah President International Chamber of Media And Entertainment Industry had the opportunity to be with filmmaker Bobby Bedi, Rahul Rawail and Supran Sen the Secretary General of Film Federation of India at the Indian Pavilion.

“We have decided to invite some well known and young film makers to India so that they must see for themselves as how we are organized at Noida Film City. We are offering the best facilities right from film education to film making,” said Dr. Sandeep Marwah President of Marwah Studios and President of ICMEI while talking to the press.

Sandeep Marwah Special Invitee at Netherlands Get Together

Sat May 25 , 2019
Cannes: The well known film and television person Sandeep Marwah represented India in 72nd Cannes International Film Festival and was invited by the Netherland Government to their Get Together. We are keen in developing business with Netherlands. A scholarship for the deserving student to learn cinema in India can also be […] 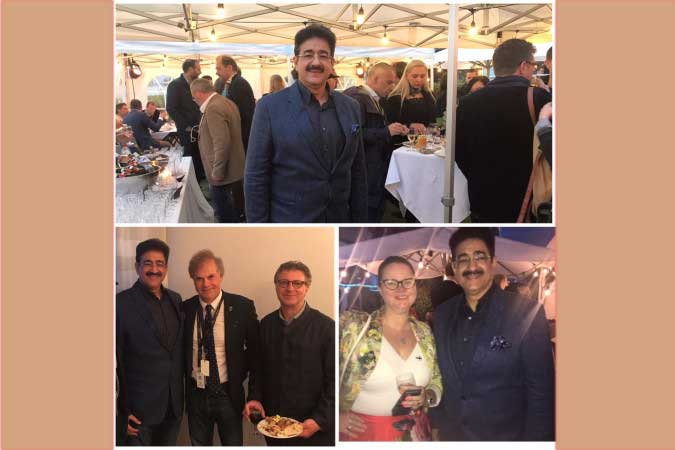