“The whole idea of bringing so many organizations and important people of the society together to remind them that we have forgotten the value of mother land and there is some duty which every person has to perform of preserving environment,” said Sandeep Marwah.

“I have tried my best by writing a book on environment and its preservation so that large number of people can be informed about the need to preserve environment. It is just a humble gesture towards nature which has given us so much to live,” said Pankaj K Singh thanking ICMEI for releasing the book at such a powerful international platform.

Wed Jan 10 , 2018
New Delhi: A grand function to support Government of India’s faverouite program of Promotion of Hindi language along with promotion of Hindi cinema was organized by International Chamber of Media And Entertainment Industry in association with FWICE- Federation of Western India Cine Employees at Vigyan Bhawan, New Delhi. After celebrating […] 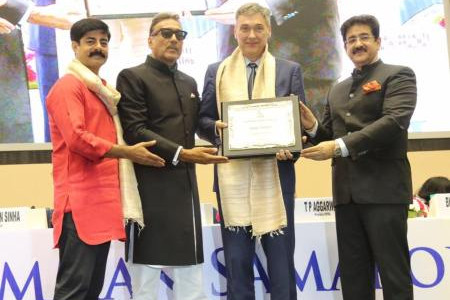