Noida: The annual general meeting of Bharat Vikas Parishad Noida Branch took place at Marwah Studio and all the prominent people of Noida participated in the meeting. The new governing council was elected in the democratic manner for the next working year. All the members and the governing council appreciated the untiring efforts of Sandeep Marwah in bringing Noida to the world map.

The contribution of Sandeep Marwah towards the establishment of film, television and media trade in this part of the country is worth praising. His deep involvement in developing and promoting Indian culture puts him on the highest platformâ€ said Gopal Krishan Agarwal member Bharat Vikas Parishad and leader in Rashtriya Sawayansewak Sanag at a join meeting of BVP at Noida Film City.

â€œWe appreciate the efforts of Sandeep Marwah the founder of Noida Film City who has not only created an international name for himself but brought Noida on the World mapâ€ added Atul Verma President Bharat Vikas Parishad.

â€œ I am thankful to each and every one present here for their blessings and best wishes,â€ said Sandeep Marwah President Marwah Studio. The meeting was followed by musical evening by Mahenderpal & group.

Mon Mar 14 , 2016
Noida: Marwah Films And Video Production a 23 years old organization of Sandeep Marwah which has given wonderful opportunities to 2300 young enthusiastic film makers to direct short films at the cost of the company. Sandeep Marwah has created a world record of producing largest number of short films with […] 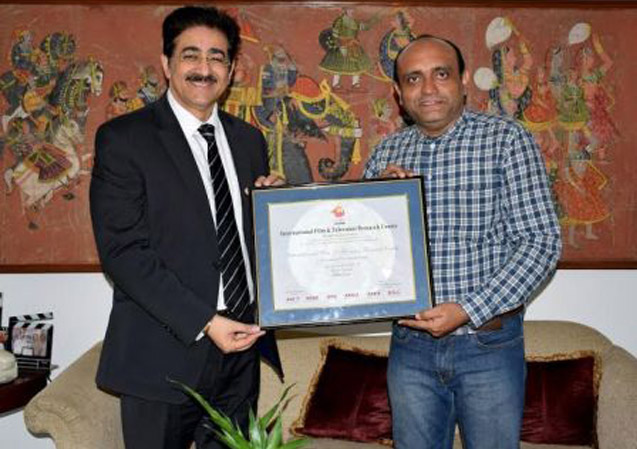