New Delhi: A powerful event to present National level award-Atal Samman in the field of art and culture was organized by the Vaibhav Welfare Society at the Parliament, New Delhi.

The prestigious award was also bestowed upon Sandeep Marwah President of Marwah Studios for his continuous efforts to promote art and culture in this part of the World.

â€œSandeep Marwah is entitled for the highest ever award for the individual in the field of art and culture as he has spent 30 years in promoting Indian art and culture,â€ said Bhu Shinghal of Vaibhav Welfare Society.

Tue Dec 27 , 2016
New Delhi: The 5th Delhi International Film Festival was inaugurated with great pomp and show at the central lawns of Connaught Place at New Delhi with the large eager audience as the part of inaugural function. Sandeep Marwah President Marwah Studios and President International Chamber of Media And Entertainment Industry […] 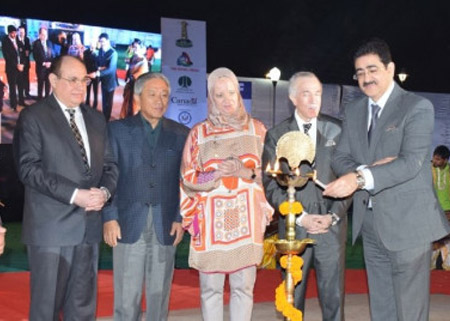