We take this pleasure in honoring Astitva-a Musical group by Salman and his team consisting of Ayush Gupta, Zaman Khan, Kamal and Amit James who all have with their sense of music and presentation won the hearts of every one present here.

â€œWe are much obelized to be part of this international event and thankful for giving us a space in this well carved out film festival. My association with Marwah Studios is now life longâ€ said Salman addressing thousands of people enjoying live music at GFFN.

Tue Jan 5 , 2016
Prof. (Dr.) Alka Agarwal is an M.Com in Business Administration, M.Phil. and Ph.D. from Rajasthan University. She has gathered valuable experience as an academician, published papers in prominent publications and has been associated with Rajasthan University for conferring Ph.D.â€ citation read by Dr. A. K. Srivastava Director ASMS at the […] 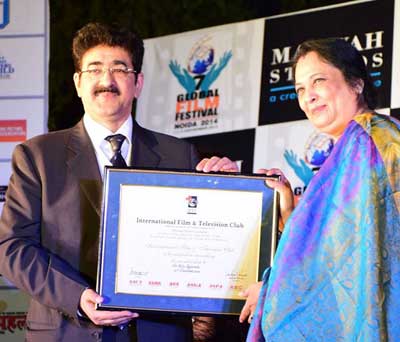