Noida, 17th April 2019 – Exhibition of different cultures around the world was staged in the form of furniture and textiles inside the ambit of Marwah Studios. Delegates like the High Commissioner of Ghana, Ambassador of Azerbaijan as well as Ambassador of Palestine graced the event with their presence.

President of Asian Education Group (AEG) Dr. Sandeep Marwah spoke on the occasion about the vitality of designs in every successful structure. He was also thankful about the success rate of the recently launched School of Fashion and Design (SOFD) under the umbrella of Marwah Studios. 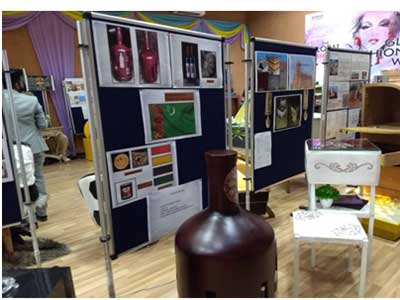 Around 30 countries of the world including Sudan, Slovakia, Afghanistan, Venezuela etc. and their distinct cultures were highlighted by the budding interior designers of the country. Important landmarks like the Blue Mosque of Afghanistan which is located in Mazar-i-Sharif and also Venezuela’s peculiar location which place them near the Bermuda Triangle or the Devil’s Triangle where many ships have reported to be gone missing were exhibited among innumerable different cultures.

The flawless presentation of the students of Interior Designing were among the principal reasons for the flocking of students from the rest of the campus. Detailed explanation by the students about their creative ventures of creating something that represents their assigned countries made the entire show all the more successful.

While walking away from the epicentre of multi-cultural atmosphere, the delegates stopped for the feedback which was hung up on the wall in the shape of a tree as they scribbled down positive remarks about the impartial showcasing of various cultures of the 30 countries which taught everyone the treasures of the world.

Tue May 7 , 2019
A 3rd Day Global Fashion And Design Week Noida 2019 which is to be held from 17th to 19th April at Marwah Studios, Noida Film City started today and is organized by The Fashion department of the Asian Group with full support and blessing of the director Sandeep Marwah . […] 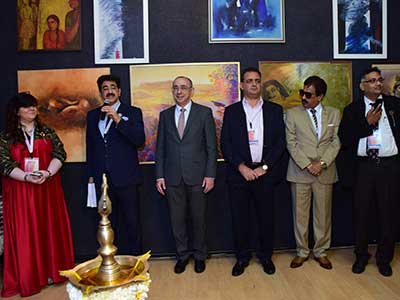