Noida: Anshula Kapoor was honored with the life membership of International Women’s Film Forum of Asian Academy of Film And Television on her recent visit to Marwah Studios at Noida Film City.

“I am pleased to honor the life membership of IWFF to Anshula for her deep interest in films, television and media. She has been associated with media and entertainment industry now for many years,” said Dr. Sandeep Marwah President of Marwah Studios.

“I am thrilled to be part of this prestigious organization. Marwah Studios is one of the most popular organizations of our country. I would be happy to contribute to this organization,” said Anshula Kapoor while accepting the memento.

Anshula has launched an online fundraising platform Fankind. The platform gives fans a chance to experience fun activities like playing paintball, baking and playing cricket with their favourite celebrity while supporting and fundraising for charities. Bollywood actors like Varun Dhawan and Alia Bhatt have come onboard to support the venture.

“The vision of Fankind is simple; to make fans smile by giving them one of the best experiences of their lives while raising money for multiple charities across the country. With each experience, our aim is to be able to raise the goal amount of funding required by the NGO, to ensure that the defined micro-campaign can be implemented comprehensively and successfully,” Anshula said in a statement.

Mon Nov 18 , 2019
New Delhi: “I am feeling great and obliged by giving first copy of my biography, “A Walk In The Corridor of Eternity” book written by Shreeya Katyal to His Excellency Bharat Ratna Dr. Pranab Mukherjee, the former President of India,” said Dr. Sandeep Marwah President of Marwah Studios and Chancellor […] 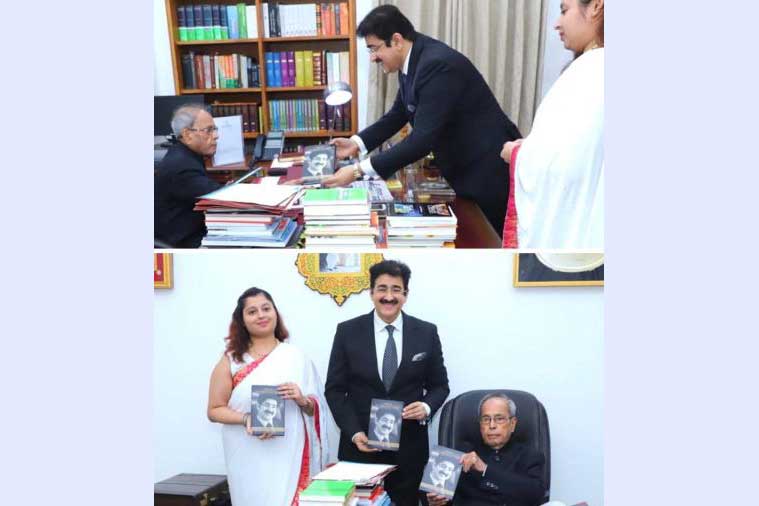