Noida: â€œAny creative art be it a painting, sculpture, music, dance or the most fascinating film making, nothing is complete without audience. They are not only the customers but also the judge of your artâ€ said Sandeep Marwah President of Marwah Studios introducing Mike Berry from International Cinema who was there at AAFT for an interaction class.

He has overseen in excess of 2500 hours of TV over the last 26 years, managing broadcaster relationships and securing commissions and co-productions in the UK, US, Central Asia and India. Mike started out researching natural history programmes and his background includes managing a fine art collection, Fashions Albums, running environmental expeditions and being part of a Creative Consortium for interactive media.

â€œIt was great talking to the students of Asian Academy of Film And Television. I would love to be back with more in detail. I have never seen so many achievements and a syllabus of this kind in any film school of the Worldâ€ appreciated Mike.

Sandeep Marwah Honored by The Government of Republic of Gabon 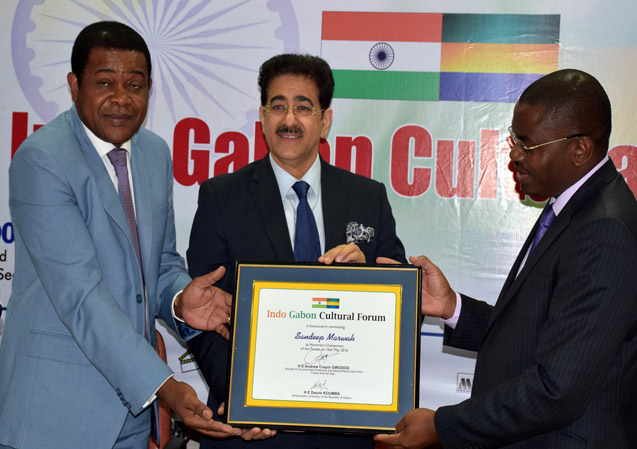