Bangkok, August 29th 2014
Noted film, television and media personality, Sandeep Marwah was honored with ISRMAX ASIA 2014 International Award by Loy Joon How of Impact at Bangkok for his substantial contributions to the World Movement, for being a trailblazer in the sphere of film and media training and accomplishing 5 world records. An awe-inspiring celebration was held at Impact Exhibition Centre that was attended by some of the most distinguished people from China, Thailand, USA, Germany, Japan, Israel, Korea and India.

The exhibition was graced and inaugurated by His Excellency Amphol Senanarong Privy Councillor of Bangkok, Suwat Theparuk Secretary General, office of the Royal Development Project Board, Nopparat Maythaveekulchai President Thailand Convention and Exhibition Bureau and many other important dignitaries.

Sandeep Marwah, President of Marwah Studios & Asian Education Group happens to be the only media dignitary from India to create 5 International Records in the realm of media. Bestowed with many International accolades from various countries like Hungary, Poland, Egypt, Belgium, Senegal, Nigeria and United Kingdom, Sandeep Marwah has successfully added a feather in his cap with his latest masterstroke.

â€œA small country like Thailand has done so well in just few years, India has to show up to the world expectationsâ€ said Sandeep Marwah in an interview at Bangkok

Tue Jan 5 , 2016
Films have always been an important part of my life. I express great confidence in artists, their pursuit of excellence and their willingness to share their gifts to shape and uplift the Indo-Hungarian tiesâ€ said Sandeep Marwah President of Marwah Studios & Indo Hungarian Film Association at Marwah Studios, Film […] 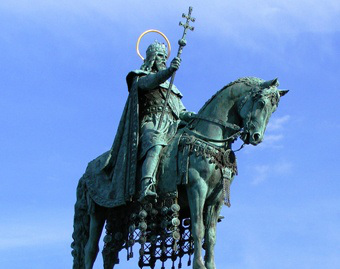