Noida: The premier film School of India AAFT- Asian Academy of Film And Television will support 9th International Festival of Cellphone Cinema 2016 to be held on 29th and 30th of January.

The 12000 students of AAFT and ASMS- Asian School of Media Studies have been informed to participate in the most interesting film festival of the World where all these former and current students can also participate by submitting their entries in the competition.

The film, television, media, tourism and hotel management, multi media, and fashion students have started planning for their participation in this festival where there is no cost of participation.

They have to submit the films shot by mobile phone or stills clicked by mobile phone. There are different categories and jury will decide for the best stills, music video, fiction and Digital News Gathering,

Fri Jan 15 , 2016
Abuja: We, the members of Indo Nigerian Film Association are more than happy to be part of 9th International Festival of Cellphone Cinema 2016 planned for 29 & 30th of January said the group of Nigerians now part of INFA. â€œI have already been two times to Nigeria. My visit […] 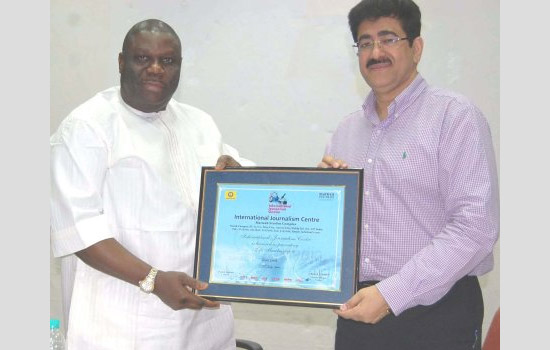