Noida: International Chamber of Media And Entertainment Industry has decided to pass on 162 media scholarships to the deserving students from 162 nations of the World.

â€œNever ever any institution in the World has announced 162 scholarship for media courses, this must be one of the first scholarships the Country of India has ever declared,â€ said Sandeep Marwah President of AAFT and ICMEI.

ICMEI has already opened a chapter of Zimbabwe and it has followed by the formation of Indo Zimbabwe Cultural Forum at Marwah Studios. â€œMany more programs have been designed with the country including invitation to the Ambassador to formally launched the forum,â€ added Ashok Tyagi Secretary General of the Chamber.

India and Zimbabwe has wonderful political relations and they can be further enhanced with culture diplomacy,â€ said Dube Sibangani the representative of Zimbabwe to India during Education Summit at ICMEI where the scholarship has been declared as gesture of goodwill.

Tue Jan 24 , 2017
New Delhi: â€œLove and Sincerity towards your profession, will to win the World and hard efforts towards your goal creates Shah Rukh Khans in this World. From no where to the king of Bollywood, he has been inspiration for millions,â€ said Sandeep Marwah President of Marwah Studios at a well-attended […] 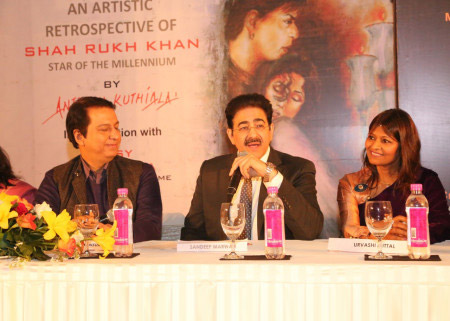