London: The premier film school of India AAFT- Asian Academy of Film And Television has joined hands with Pukar a renowned magazine from the city of Leicester to plan and showcase Asian Films in the city.

The festival has been named as Asian Film Festival and shall screen films from different Asian countries. The city has more than 60 percent Asian population.

Mon Jun 26 , 2017
London: Sandeep Marwah had a special meeting with AVT Shankardass in London and invited him to Delhi for further talks. He has already been associated with Asian Academy of Film And Television. AVT Shankardass is a motion picture financier and producer. His films include, Captain America: The First Avenger (Chris […] 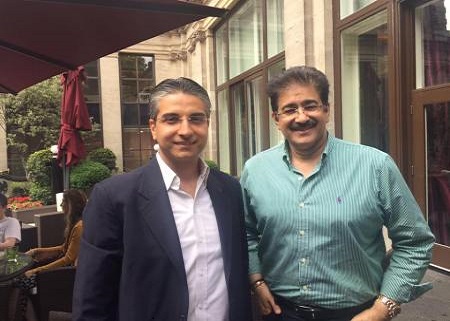