New Delhi: A peace walk was organized in Delhi to celebrate 150th Year of Mahatma Gandhi where Gandhi Ji’s ideology of promoting Khadi, help for unprivileged children and tolerance for all religion were observed with large number of participants from all casts and religion.

“Gandhism is a body of ideas that describes the inspiration, vision, and the life work of Mohandas Gandhi. It is particularly associated with his contributions to the idea of nonviolent resistance, sometimes also called civil resistance. The two pillars of Gandhism are truth and non-violence,” said Dr. Sandeep Marwah Chancellor of AAFT University while walking from Regal Cinema to Church in Connaught Place.

Many important people also attended the event from different strata of life including Delhi Pradesh BJP President Manoj Tewari who honored all the participants at the event.

Mon Jan 6 , 2020
Noida: Throughout human history, migration has been a courageous expression of the individual’s will to overcome adversity and to live a better life. Today, globalization, together with advances in communications and transportation, has greatly increased the number of people, who have the desire and the capacity to move to other […] 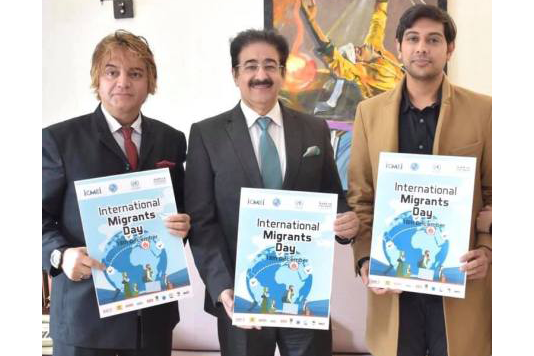