British Journalist, filmmaker and graduate of Film studies from the renowned Asian Academy of Film And Television, Marwah Studios in India produces documentary based on the well known beauty pageant. The British film maker used his valuable experience and journalist skills, whilst spending almost a year in the company of 52 beauty queens to reveal the hidden truths about the much talked about Miss England pageant. The contest received over 22,000 entrants last year alone.

The documentary titled Miss England: A Serious Business, follows the journey of five winning hopefuls; Stephanie Hill of South Yorkshire, Krishna Solanki of Redbridge, Rosie Thomson of Birmingham, Jade McQueen of Surrey and Holly Desai of Leicester as well as interviews with Pageant Director Angie Beasley and critics of the contest who believe the idea is backwards and sexist.

Producer Romail Gulzar said: â€œAround 15 to 20 years ago Miss England was a huge deal â€“ it was even televised, but suddenly it disappeared overnight. While there is both support and opposition to beauty contests like Miss England, it is our job as documentary makers to present the facts in a clear and non-biased manner, which is exactly what we have tried to do.

â€œI hope the audience not only enjoys watching the film, but is also better informed about the industry before making up their minds about the work carried out by Angie and her team.â€

Some topics touched upon within the documentary include the large amount of charity work carried out by the Miss England team, which amounts to a near Â£1m being raised in the past 6-7 years. Other issues include skin colour, sexism and unhappy contestants.

Angie Beasley said: â€œThere are far worse things that young women can do that are far more degrading than taking part in a competition like this. If youâ€™re going to protest about it being degrading to women then you should get your facts right.

â€œI congratulate Romail for the wonderful documentary he has produced and wish him all the best for his venture,â€ said Sandeep Marwah President of AAFT.

Mon May 2 , 2016
New Delhi: It is the right time for school children to opt for their courses and institution of their choice. We have been able to provide the platform under the third Career Guidance Fair 2016â€ said President of Delhi Sikh Gurdwara Management Committee at Gurdwara Rakabganj, New Delhi. â€œThe destinations […] 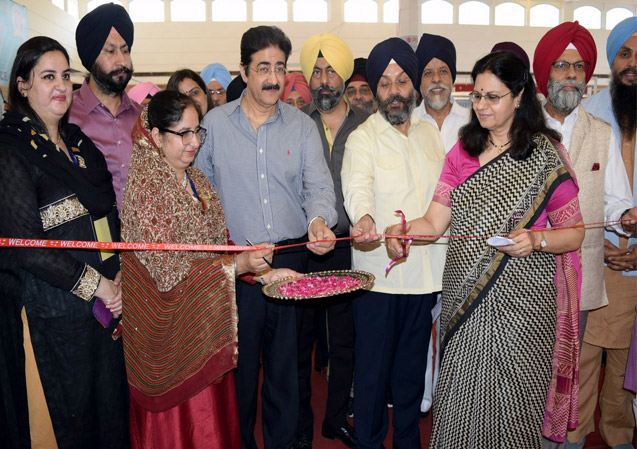