Noida: The complete team of music video â€˜Wo Chahteinâ€™ produced by AAFT alumnus Shashi Prakash Chopra visit alma matter to pay their gratitude to AAFT for the marvelous training they have received even in their short term courses that they could produce a professional level film.

â€œWe are proud of the team as all the participants are from AAFT and they have done a commendable job to keep the flag of AAFT flying at the topâ€ congratulated Sandeep Marwah President of AAFT.

â€œWe are grateful to AAFT for providing us the platform to officially launch the music Video and spread the word in the whole countryâ€ said Shashi Chopra producer of the film.

The music video is promoted by Radio Noida 107.4FM and MS.TV. The film can be seen on you tube.

Thu Apr 28 , 2016
Earth Day was first celebrated in the United States in 1970 and is organized by the Earth Day Network. Its mission is to broaden and diversify the environmental movement worldwide and to mobilize it as the most effective vehicle to build a healthy, sustainable environment, address climate change, and protect […] 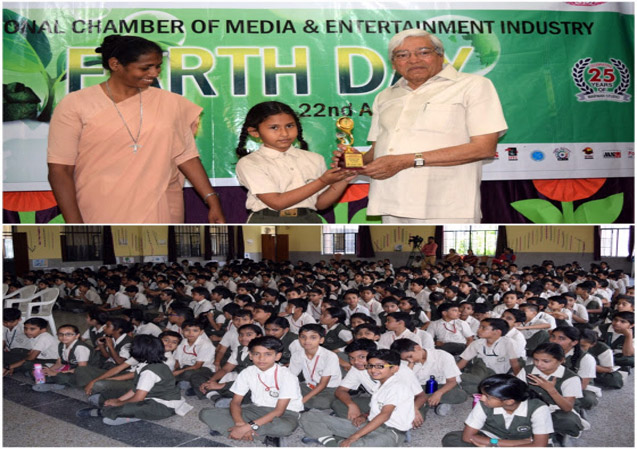