The Asian Alumni Association, treasure sharing the stories of our graduates who have made a difference. Ridhima Sud is a pass out of Asian Academy of Film and Television (AAFT). She has been associated with modeling and has bagged a role in a Hindi feature film, â€˜Dil Dhakadne Doâ€™. The film features an ensemble cast of Anil Kapoor, Shefali Chaya, Farhan Akhtar, Priyanka Chopra, Ranveer Singh and Anushka Sharma.

Dil Dhadakne Do is a comedy-drama film directed by Zoya Akhtar and produced by Ritesh Sidhwani and Farhan Akhtar. Ridhima stars opposite Vikrant Massey in the film.

â€œRidhimaâ€™s outstanding performance in the film has made me proud. The destiny of hard work is always success and she is sure to become a star in years to comeâ€, said Sandeep Marwah, President of Asian Academy of Films & Televisions.

â€œFormal training in films does matter. It will be a long journey but I know will make it to the very end successfullyâ€, added Ridhima Sud. 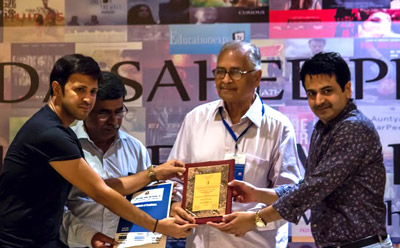