Noida: After the grand opening of 7th Global Festival of Journalism Noida 2019 a seminar was organized to discuss and talk about todays Journalism Scenario in India in different mediums of media.

“We have seen drastic changes since we have been in media for 33 years. ‘The change is the only thing which is constant’, so we have been adjusting our self to these changes. But a sudden and sweeping changes in media in last ten years brought revolution in the industry,” said Dr. Sandeep Marwah initiating the discussion on the subject.

During the session a poster on Ganesh Shankar Vidyarthi was released to mark respect to truthful and Patriotic Journalism. The first copy of news bulletin of day One, published and printed by the students of Asian School of Media Studies, was also released. Later Dr. Sandeep Marwah honored all the speakers with life membership of IJC-International Journalism Centre of Marwah Studios. Albeena Abbas conducted the event and Col. Pradeep Gupta paid vote of thanks.

Tue Feb 19 , 2019
Noida: An exhibition of still photographs by the students of Asian School of Media Studies were displayed at Studio at 7th Global Festival of Journalism Noida 2019 inaugurated by the foreign dignities. “Photographs are the everlasting memories, a still can speak 1000 words and don’t forget that Still photography is the […] 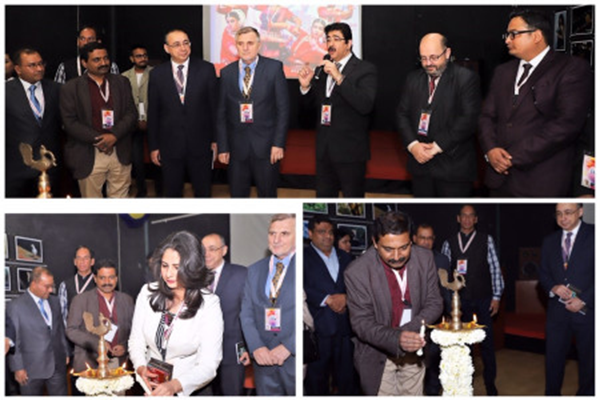