Noida: A short film titled ABHIGHAT has been released on the day of 88th Convocation of Asian Academy of Film And Television in the presence of large media audience and students of the Academy.

â€œA special film written and directed by Sushil Bharti was planned to give a wonderful opportunity to the acting students of one year of AAFT to work in the film who all are now leaving after their final round of trainingâ€ informed Sandeep Marwah President of AAFT.

â€œI am amazed how AAFT takes care of each and every student, its has maintained the â€œGuru Shishya Paramparaâ€ said Rajendra Singh IPS Director General Police National Human Rights Commission while releasing the poster of the film.

â€œIt was a new experience to work with the students of acting. Their involvement was more than expectation. I am sure they must have learned during the process,â€ added Sushil Bharti director of the film.

Marwah Films And Video Production has presented the film. Sandeep Marwah produces cinematography by Keshav Dutt Joshi, Sound by Vaishakh and Editing by Siddhant in the film.

Wed Jan 13 , 2016
Noida: The members of Ram Manohar Lohia forum remembered Ram Manohar Lohia on his death anniversary in a small function at Marwah Studio. â€œA powerful leader like Ram Manohar Lohia has left a huge impact on the people of India. He was a writer, politician, philanthropist, Philosopher and a wonderful […] 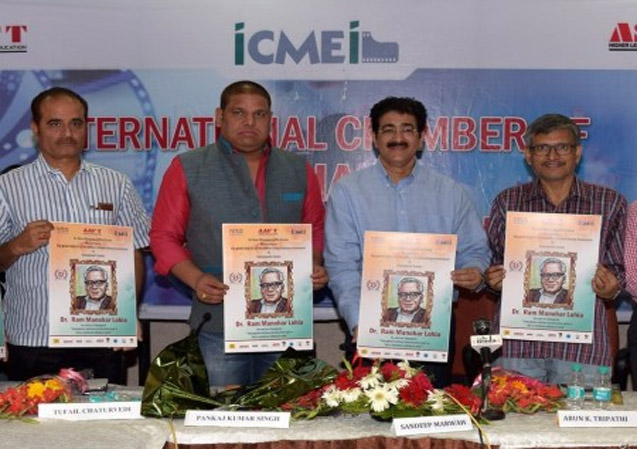