Goa 24th August 2014: Goa has a large number of tourist, it can be doubled if more emphasis is given to film and education tourism in the stateâ€ said Sandeep Marwah Managing Director of NFTC- National Federation of Tourism And Transport Cooperatives of India Limited during his stay at Hotel Marriott at Miramar, Panaji, Goa.

Goa is Indiaâ€™s smallest state by area and the fourth smallest by population. It is also Indiaâ€™s richest state with a GDP per capita two and a half times that of the country as a whole. It was ranked the best-placed state by the Eleventh Finance Commission for its infrastructure and ranked on top for the best quality of life in India.

Tourism is Goaâ€™s primary industry: it handles 12%[25] of all foreign tourist arrivals in India. Goa has two main tourist seasons: winter and summer. In the wintertime, tourists from abroad mainly Europe come to Goa to enjoy the climate. In the summer time, which, in Goa, is the rainy season, tourists from across India come to spend the holidays.

Tue Jan 5 , 2016
The presence of world-renowned film personality Sandeep Marwah was well marked when he was honored at the 4th Annual Gyan Shree Award function followed by a poetry session organized by Savitri Vikas Samiti at Hindi Bhawan at New Delhi. â€œ Sandeep Marwah is an artist himself and his involvement in […] 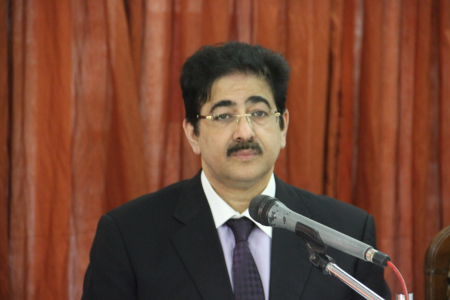