Global Film Festival has become real Ambassador of Indian Art And Culture. It has started attracting delegates from all over the world to be part of biggest festival of the biggest film industry of the Worldâ€ said Dr. Mahesh Sharma Minister for Art & Culture, Civil Aviation and Tourism, Government of India send his wishes for the 8th Global Film Festival Noida 2015 at Noida Film City.

Film festivals are the best source of national and international integration. We are promoting love, peace and unity through cinema and GFFN has been successful in its purpose,â€ said Sandeep Marwah President of GFFN welcoming the guests.

â€œWe have one religion and that is entertainment. Indian film industry is popular all over the world for its song, drama and music,â€ added Mukta Godse renowned actress and former Miss India.
â€œWe are always impressed by the size and involvement of Indians with film business. We salute to the entertainment industry,â€ said H.E. Milan Hovorka Ambassador of Czech Republic to India.
â€œWhat a pleasure to be part of this most energetic and enthusiastic film festival of the country, where anyone will get charged. I am happy that festival has grown so big,â€ said Ketan Mehta renowned film Director.

I am back home, this is my alma Mater. We have learned a lot from this institution. No film school in the World has ever designed such a huge film event for their students. We are lucky,â€ said Donal Bisht former student of ASMS.

Film lovers and film professionals and delegates from more than 30 countries have so far been registered for the festival. GFFN is the biggest festival of this side of the World. 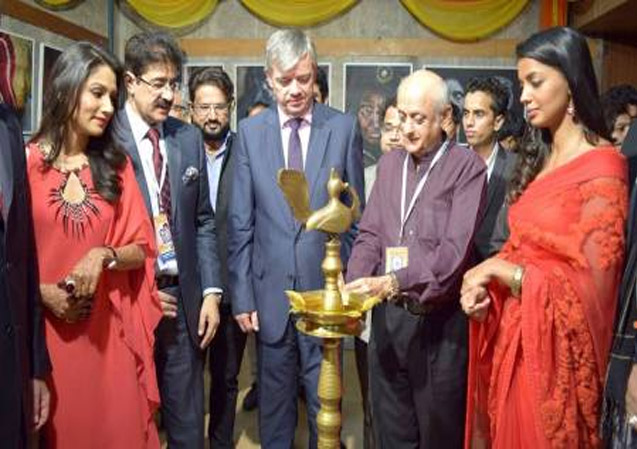