The Union Minister in Government of India Meneka Gandhi nominated, not very long ago, Sandeep Marwah President of Marwah Studios, as the brand Ambassador of Beti Bachao Beti Padhao campaign on her visit to Marwah Studios.

“It is my responsibility that any thing which is connected to the respect and integrity of women should be brought down to the table and must be propagated to create awareness so that people should not be taken for granted,” said Sandeep Marwah while releasing the new poster of the campaign.

Advocate Daljit Kaur of Chandigarh who has been fighting these kinds of cases from last so many years suggested to move with this sensitive cause.

“I am amazed by the tricks and bad intentions of the people abroad who make fool of Indian women in pretext of getting married to them, snatch the life time happiness and savings of the families,” said Daljit Kaur ready to fight for the cause for all time to come.

Albeena Abbas dean AAFT School of Mas Communication & Journalism and Ashok Tyagi Secretary General of ICMEI- International Chamber of Media And Entertainment Industry joined in the release of poster. The national campaign will tap all the doors of voluntary organizations to come forward. 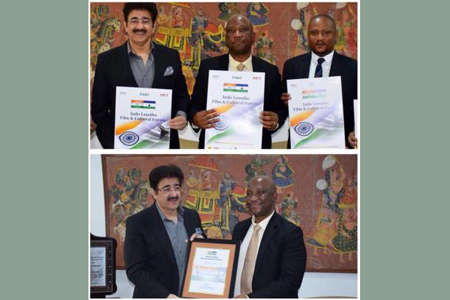