The 7th Global Film Festival Noida 2014 will be the platform to showcase the films from Asian Academy of Film And Television, the premier film school of the country informed Dean AAFT.

A festival which has created a World Record of presenting itself 83rd times earlier to the audience will be projecting films for the 84th times and now is the only festival in the World to touch 84th edition.

AAFT festival is the most exclusive festival in the World, which happens four times in a year, provided space to 2000 young film directors and their technical and artistic team from 100 countries of the World to showcase their debut film.

â€œI can proudly say that AAFT Festival of Short Digital Films has given some of the finest directors to the state of Cinema. Love Ranjan, Mrigdeep Singh Lamba, Gurmeet Singh, Ajay Behl, Atul Sabarwal are some of themâ€ said Sandeep Marwah President of GFFN.

Tue Jan 5 , 2016
Asian School of Media Studies, the first Degree college of Cinema in India will be presenting its films on the international platform of 7th Global Film Festival Noida 2014 informed Dr. A.K.Srivastava Director ASMS. A lot of well-carved films from the department of Cinema, ASMS have been selected to be […] 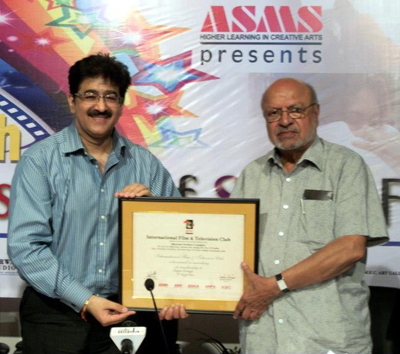