The total number of films will cross more than 500, which will be screened in 11 theatres of Marwah Studios. â€œLike last time we are expecting more than 10,000 footfalls of the film loversâ€ said Sandeep Marwah President of GFFN.

The reservation of seats for 52 events right from the inauguration till closing function been done and all are house fullâ€ said Naqvi also the member of administrative committee of GFFN.

Tue Jan 5 , 2016
The 7th Global Film Festival Noida 2014 will be the platform to showcase the films from Asian Academy of Film And Television, the premier film school of the country informed Dean AAFT. A festival which has created a World Record of presenting itself 83rd times earlier to the audience will […] 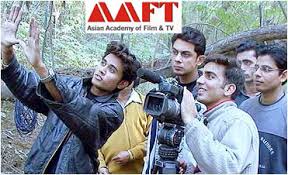