Noida: One of the most exclusive festivals of the World-The 7th Global Festival of Journalism Noida is going to start from 12th February to 14thFebruary at Marwah Studios at Noida Film City from 10am to late evening.

The festival will highlight extra ordinary topics on journalism by way of Workshops, seminars, talks, and interaction programs by the journalist joining from all over the World. The most important is that festival and its management has declared 12th February as the International Day of Journalism eight years back and festival is there to mark respect to the historical date.

Large number of Indian and foreign journalistic organizations will be participating in the festival. Three-day festival will showcase more than 30 events of different kinds.

“We have already received many confirmations from different parts of the World for participating in 7th Global Festival of Journalism. We hope that we will be able to reach to our targets this time,” said Dr. Sandeep Marwah President of the Festival. 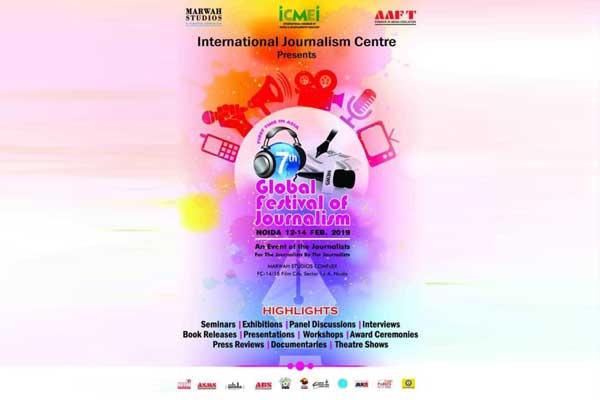