Noida 15th December: â€œSpirituality has taken different shapes, Sufism is just one of them. Bringing back moral values is the need of the day. It can be initiated through Sufi films, dialogues, conventions, seminars and musicâ€ said Sandeep Marwah President of Marwah Studios declaring 17th & 18th as 4th International Sufi Festival India 2014.

â€œWe have conducted three festivals at Ajmer, idea is to create more awareness of this festival and Sufism. We want people to adapt spirituality in day-to-day life that is why we have brought the festival to the capitalâ€ added Gulsha Begum President of the festival.

Two days will see lots of movies, seminars, discussions, painting exhibitions and Sufi music by most popular Sufi singers of the country at one single place at Marwah Studios, Noida Film City.

ICMEI-International Chamber of Media & Entertainment, AAFT-Asian Academy of Film And Television, ASMS-Asian School of Media Studies, AAA-Asian Academy of Arts and many other organizations will participate in the programs

Tue Jan 5 , 2016
â€œThe UN General Assembly proclaimed 10 December as Human Rights Day in 1950, to bring to the attention â€˜of the peoples of the worldâ€™ the Universal Declaration of Human Rights as the common standard of achievement for all peoples and all nationsâ€ informed Sandeep Marwah Ambassador of IHRO Affiliated to […] 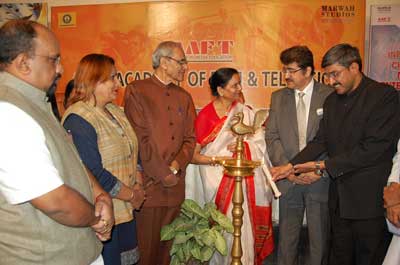