Noida: “Never before we have crossed three days for any festival be it a Global Film Festival, Global Festival of Journalism, Global Literary Festival or Global Fashion Week. We have added another day to Delhi Arts Festival at Marwah Studios as our purpose is to bring best of the arts to Noida and remove the wall between two states Delhi and UP,” said Dr. Sandeep Marwah President of Marwah Studios.

Like every day the evening started with the classical dance performance by Jyoti Srivastava. Musical group Alawiya presented Sufi Songs and added a lot of value to the show. Few artists from AAFT School of Performing Arts gave solo numbers and a traffic performance by Veilile from Ghana.

In Last an Australian Theatre artist Fiora Gardner steel the show with her performance in play depicting Women tradition, continuity and modernity titled- KALI which was a thematic experimental Dance. Later Marwah presented all the artists with the memento of 12th Delhi International Arts Festival.

Prasiddha Foundation and Forum for Arts Beyond Borders design the event. ICMEI- International Chamber of Media And Entertainment Industry, AAFT-Asian Academy of Film And Television, Radio Noida and MSTV supported it. Sandeep Marwah gave his special thanks to Ministry of Culture, Ministry of External Affairs, Ministry of Tourism Government of India and Government of Delhi who all blessed the festival.

Wed Dec 19 , 2018
Noida: “First time we have brought Delhi International Arts Festival to Noida in 12 years. We have reduced the boundaries of Delhi and Noida with this festival. No doubt that we are part of Delhi NCR,” said Dr. Sandeep Marwah President of AAFT on the third day of the festival […] 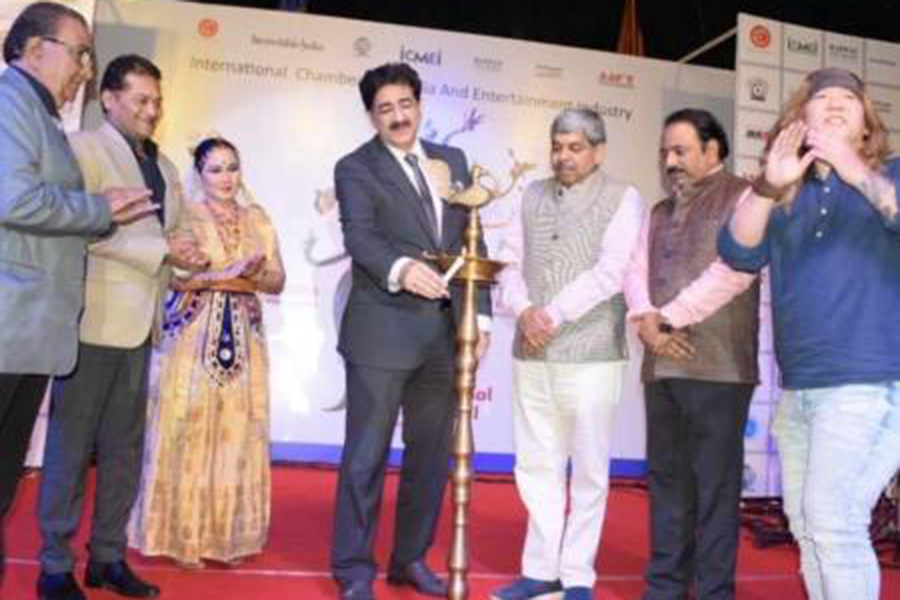