New Delhi: The second edition of Suraj Parkash Marwah Sahitya Ratan Award for the veteran writers was the part of 7th Global Literary Festival Noida 2021on the first day itself.

“If you don’t have time to read, you don’t have time to write simple as that. You should write because you love the shape of stories and sentences and creation of different words on a page. Writing   comes from reading, and reading is the finest teacher of how to write. Read thousand books and your words will flow like a river,” said Sandeep Marwah President of Marwah Studios and 7th Global Literary Festival Noida 2021 at the award function.

The event started by honouring Lifetime Achievement Award to distinguished writer Pratap Sehgal who has been in writing for more than fifty years. He is the celebrated name in Hindi play wright.

All the popular writers spoke their heart out and thanked Asian Academy of Arts and its allied agencies for bestowing upon this prominent and esteemed award. Later a a book titled ‘Khawabon Ke Saat Rang’ written by Alok Shukla was released by the dignities.

Known writer Jeet Bhatt and many other writers attended the session along with the young writers and film makers from Asian Academy of Film and Television. The event was supported by World Peace Development and Research Foundation, International Public Broadcasting Forum, Radio Noida and MSTV.

The Suraj Parkash Marwah Sahitya Ratan Award has been titled after the name of  a well-known Nationalist Late Shri Suraj Parkash Marwah, a freedom fighter from Peshawar who had sacrificed a lot to promote love, peace and unity through art and culture.

Tue Sep 21 , 2021
New Delhi: “I on behalf of International Chamber of Media and Entertainment Industry and complete fraternity of Art & Culture take this wonderful opportunity to extend my heartiest congratulations to H.E. Dilshod Akhatov Ambassador of Uzbekistan to India and the people of Uzbekistan on the auspicious occasion of the Independence […] 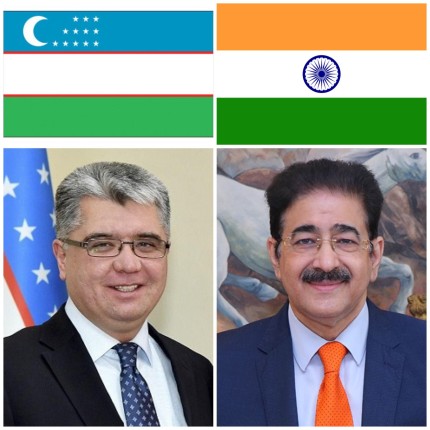