“Rao completed Masters in Commerce with Personnel Management as a specialization and discontinued Masters in Finance. For a span of six Years, she worked at Infosys. Later, with a persistent desire to make movies, she quit her job to pursue film making. She completed a course in film direction and production from AAFT- Asian Academy of Film And Television, Noida. After this, she moved to London, UK to assist a documentary filmmaker In 2019,” informed Sandeep Marwah President of AAFT.

She returned to India, where she made documentaries and short films in order to improvise her craft. After co-directing Vishnuvardhana, a Kannada feature film and Kurai Ondrum Illai, an independent Tamil feature film, she began to work on her first big scale venture, The Other Love Story.

“ We all at AAFT are proud of Roopa and her exclusive ventures. Rao’s first feature film, Gantumoote  was screened for a world premiere at New York Indian Film Festival (NYIFF) where it won the “Best Screenplay” award,” added Dr. Sandeep Marwah.

Sat Feb 6 , 2021
Raipur: AAFT University of Media And Arts has decided to have its own radio station under the name and banner of Radio Raipur at the University campus to be launched on World Radio Day which falls on 13th February every year. We all are very excited for the launching of our […] 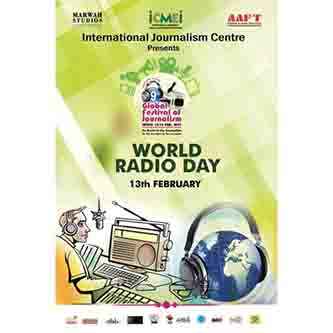 Webinar on Fake News at 9th Global Festival of Journalism

Sandeep Marwah Renominated on the Board of Film Federation of India