New Delhi: “I on behalf of ICMEI and complete media and entertainment industry of India take this opportunity to extend my heartiest congratulations to H.E. Ivan Lancaric Ambassador of Slovakia to India and the people of Slovakia on the Constitution Day which is Slovakia’s National Day falls on 1st September,” said Dr. Sandeep Marwah President of International Chamber of Media And Entertainment Industry.

The constitution was officially signed on September 3rd 1992, in the Knights Hall at Bratislava Castle by the Speaker of the House, Ivan Gašparovič(now President) and the Prime Minister at the time, Vladimír Mečiar. The constitution itself had to be rushed and many parts are taken directly from the 1920 constitution of Czechoslovakia.

Sat Sep 5 , 2020
New Delhi: The country needs to be educated and trained for civic sense, etiquette, politeness, special courtesy gestures which can bring smoothness in the day to day work and create a wonderful working environment at offices and at home,” said Dr. Sandeep Marwah National Ambassador of ‘Shisth Bharat’ while talking […] 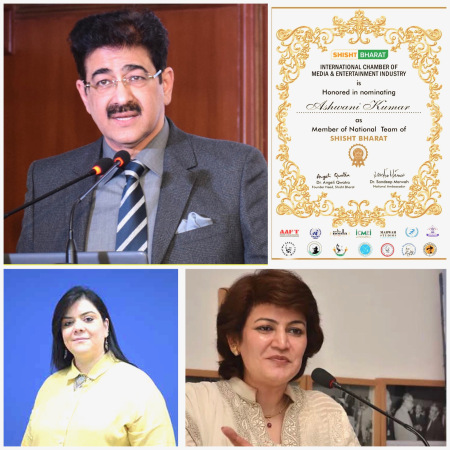 AAFT India and EMDI Bolivia Will Work Together in Education

India and Kyrgyzstan Will Promote Relations Through Education