New Delhi: The Charge d Affairs, Embassy of Gabon in India, Ms. Josephine Patricia NTYAM EHYA, participated in a webinar organized by International Chamber of Media and Entertainment Industry and the Indo Gabon Cultural Forum to discuss about the Indo Gabon relations and the situation of Covid 19 in her country.

Ms. Ehya praised the President of Gabon H E Ali Bongo Ondimba for controlling the cases of Corona in Gabon as well as all the ministries of her country who had played a major role during the pandemic. She informed that sampling is being done at a large scale and measures to maintain social distancing are being strictly adhered. Ads in media are being shown at regular intervals and usage of masks has been made compulsory. Sanitization at all the offices, airports, malls and other public places is being done on a regular basis.

Talking about the business in Gabon the Charge d Affairs said that entrepreneurs are coming up and we are very pleased that new business houses are coming up in Gabon. Around 800 Indians are staying in Gabon and are associated with various industries. Indian firms like Bharti Airtel, Oil India Ltd., Ramky Infrastucture Ltd. and M3M India Limited are a few organizations, which are already working in Gabon. She pointed out that obtaining Visa for Gabon has been very much simplified; one way is to get the visa online and secondly if you have an invitation letter the Visa will be provided at the airport on arrival.

Replying to queries raised by the audience she mentioned that presently imports are higher but we are looking forward to increase exports of commodities palm oil, wooden articles and agriculture and they look forward to getting new techniques of agriculture from India. Regarding the film industry she stated that the films are made in French although a small film industry many films have been nominated and screened in various festivals across the world. She also offered Dr. Sandeep Marwah, President ICMEI to have an MOU with IGIS (INSTITUT GABONAIS DE L’IMAGE ET DU SON) for cooperation in the broadcasting sector.

Dr. Sandeep Marwah thanked the Charge d Affairs, who was accompanied by Mr. Serge Thierry MANDOUKU OMBEGUE the Cultural Counsellor, for accepting his invitation to attend the webinar. Mr. Ashok Tyagi, Secretary General ICMEI paid the formal vote of thanks.

There is a Need For Spiritual City in India- Sandeep Marwah

Mon Aug 10 , 2020
New Delhi: “We have space, we have courage, we have enthusiasm and India is, as it is, called the spiritual capital of the World, I think there has to be a spiritual city in this country,” said Dr. Sandeep Marwah President ICMEI & Marwah Studios speaking at the International conference […] 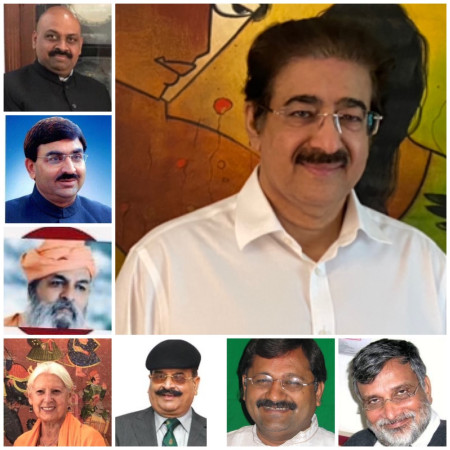