New Delhi: “Marwah Films And Video Production is the only film organization in the World where more than 15,000 film makers from different disciplines including production, direction, acting, cinematography, Editing, Animation, Sound, writing and from more than 150 countries of the World gathered together to churn out 3000 short films so far produced by single production company,” said Dr. Sandeep Marwah President of MFVP counting his one of the World Records in media.

MFVP- Marwah Films And Video Production started in 1993 with the completion of first batch of Asian Academy of Film And Television to give a rare opportunity to the students of AAFT to make cinema at Marwah Studios at no extra cost. Later this benefit was extended to students of ASMS- Asian School of Media Studies and ASC- Asian School of Communication.

The complete infrastructure, consisting of pre production, production and post production facilities, is provided to young enthusiastic filmmakers to actually shoot the film and create a wonderful profile for themselves. The films are made in different genre. These are fictions and documentaries also.

These films are not only debut films of the film makers, they do get participated in different festivals, national and international competitions round the year and bring accolades to the institution and Marwah Productions,.

Many of the short films are on social issues and have been part of many social events covering Environment, Women and Children issues. So far United Nation- UNIC has selected 17 films as their propaganda films. Most of the films have been broadcast on television too.

Sat Apr 11 , 2020
New Delhi: IPBF- International Public Broadcasting Forum, launched way back in 2000 to promote production & broadcast of good television & radio programs, is an initiative of Marwah Studios. “The purpose of IPBF is to bring the talent on the table and provide complete facilities to all those who are […] 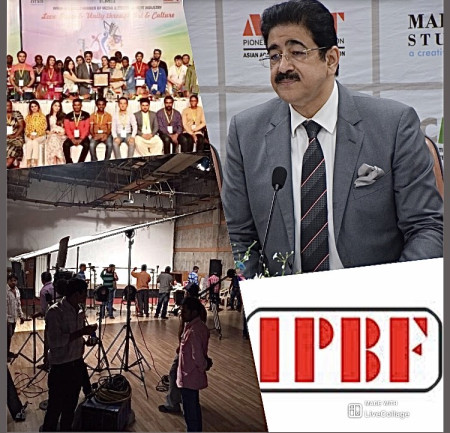