New Delhi: International Women’s Film Forum was created way back in 2013 by the management of Marwah Studios to support all those women who all are connected to films, television and media and looking for better opportunities in life.

Later The International Women’s Film Forum added to look into all those issues which are concerned Women be it at professional level or at social. The aim of the organization extended to facilitate and increase the contribution of women to public life and to promote equality of opportunity for women in all aspects of life.

“The above aims have been fulfilled through co-operation and co-ordination, by strengthen links between women’s groups, while also attempted to expand membership which is truly representative of women’s organizations and by providing a forum for the expression and exchange of views, to formulate policy statements and act as a conduit to Government, both national and local” said Dr. Sandeep Marwah President of IWFF.

Sat Apr 11 , 2020
New Delhi: International Children’s Film Forum (ICFF) is the first ever Forum of its kind in the private sector of India established by global media guru Sandeep Marwah to support the government funded Children’s Film Society of India’s noble task of producing, distributing and exhibiting film for children way back […] 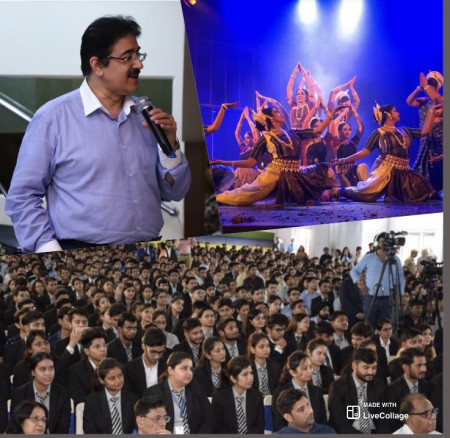