“The purpose of IPBF is to bring the talent on the table and provide complete facilities to all those who are ready with powerful scripts towards nationalism or social issues of the country and looking for assistance and support in making and broadcast of the program,” said Dr. Sandeep Marwah President of IPBF.

More than 10,000 programs have been supported and broadcasted on radio and television which were indicating towards social issues like, Disability, Environment, Skill Development, Save Water, Women Empowerment, Save The Girl Child, Digital India, Clean India, Green India, Unprivileged Children, Working Women, Education and products of young enthusiastic film, television and radio students.

“Broadcasting fulfills the vital human need of information, education and entertainment. Public service broadcasting refers to the production and transmission of socially beneficial radio and television programs which otherwise would not be broadcast due to the commercialization of the media,” added Dr. Sandeep Marwah.

Public service broadcasting makes presentation of issues that affect the everyday life or the people in a complex society and attempts a deeper level of reflection and analysis.

0International Public Broadcasting Forum lends all possible support to the producers of radio and television programs for public service broadcasting;

It facilitates exchange of non-commercial radio and television programs and their makers across the world; it conducts audience research for ascertaining the taste and need of the people for non-commercial programs; and it organizes debates, seminars, symposia and workshops on issues relating to public service broadcasting. 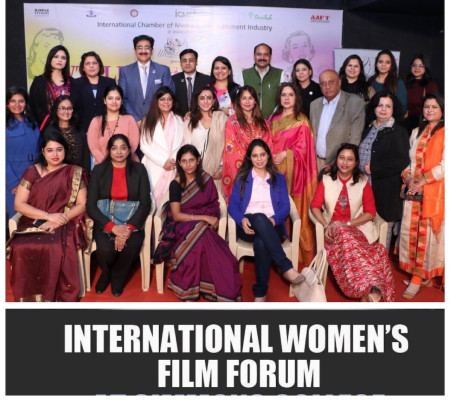