New Delhi: IFTC- International Film and Television Club was established by Sandeep Marwah a well know international media person way back in 1993 to promote film and television education at Asian Academy of Film & Television and films, art and culture on a global level.

IFTC is the only organization in the World, which has established eleven most exclusive grand cultural celebrations from Noida Film City, the platform of Marwah Studios and AAFT.

Global Film Festival (to promote good cinema) is the biggest festival of North India, Global Festival of Journalism (to promote positive and constructive journalism) is the only of its kind in the World, Global Literary Festival (to endorse powerful literature) is now second most popular festival of the nation and Global Fashion Week (to showcase and promote young fashion designers of our country) is the only festival showcasing designs and garments from more than 50 countries. All these four major festivals have so far attracted two million delegates from 145 countries of the World.

International Festival of Cellphone Cinema (to promote the idea of mobile cinema) the first ever mobile festival in the World, International Sufi Festival (to promote spirituality) is a music with spirituality, AAFT Festival of Short Digital Films (to give prominence to short films) with World Record to its credit of being 105th edition and only festival to give opportunity to more than 2000 new directors to showcase their debut film, ASMS Festival of Short Films (to bring social message to the universal floor) are now so well accepted by the world audience.

“All these festivals have fortunately been very successful in their respective objectives and have given a tremendous kick start to the aspiring as well as the eminent filmmakers by screening their work and giving them a beautiful platform to stage their creativity,” said Dr. Sandeep Marwah President of IFTC.

The Film Club is also actively involved in organizing film shows of many prominent, classic and awarded films throughout the year and supports many other organizations to fulfill their objectives through films.

Fri Apr 3 , 2020
New Delhi: For film makers, it’s imperative to research for their film in depth and International Film And Television Research Centre very well realizes the need of proper research in filming. Hence, Marwah Studios way back in 1993, with the intent to support the education & production of effective and efficient visual […] 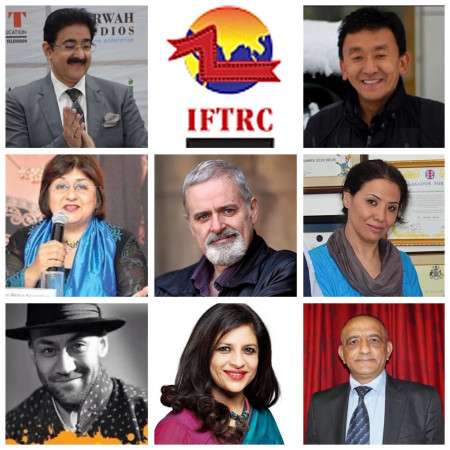