New Delhi: Shaheed Diwas is observed on 23 March to mark the occasion when freedom fighters Bhagat Singh, Shivaram Rajguru and Sukhdev Thapar were hanged to death by the British in 1931. The three were convicted for the assassination of John Saunders, a British police officer.

“Lets give our tribute to the three heroes Bhagat Singh, Rajguru and Sukhdev for their courage and bravery and laying down their lives for the country on this Shaheed Diwas Day,” said Sandeep Marwah Chair for Shaheed Bhagat Singh Forum at Marwah Studios.

Dr. Sandeep Marwah has been a product of Shaheed Bhagat Singh College of Delhi University of 1978 Batch. “We have learned a lot from this great leader- The Patriotism,” added Dr. Marwah.

Bhagat Singh Forum at Marwah Studios has been involved in making films on Bhagat Singh, maintaining a book library and a film library. Number of workshops,seminars, interaction programs, talks are arranged to cultivate the sense of Nationalism within the young people of India.

Fri Apr 3 , 2020
New Delhi: The General Assembly of the United Nations in its resolution of 12 July 2012 proclaimed 20 March the International Day of Happiness, recognizing the relevance of happiness and well being as universal goals and aspirations in the lives of human beings around the world and the importance of their […] 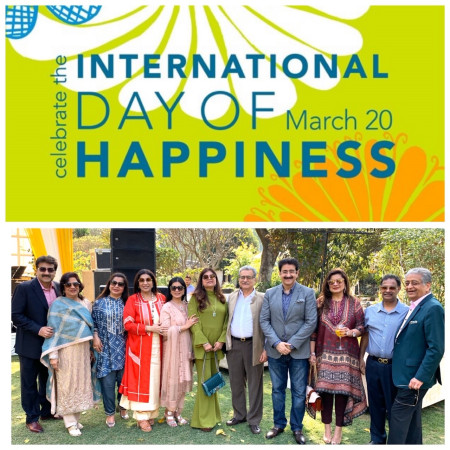