Noida: International Chamber of Media And Entertainment Industry celebrated the National Day of Mauritius with the students of Media of Asian Academy of Film And Television at Marwah Studios, Noida Film City.

“I on behalf of Media And Entertainment Industry of India extend my heartiest congratulations to the High Commission of Mauritius to India and the people of country on this auspicious day. May friendship between the two countries remain best for ever,” said Dr. Sandeep Marwah President of Marwah Studios.

National Day in Mauritius annually falls on March 12. It celebrates the day, when the country gained independence from the United Kingdom in 1968 and the Republic of Mauritius was formed in 1992.Mauritius became a British colony in 1810.

Fri Mar 27 , 2020
Noida: “Dr. Sandeep Marwah is a legend and his contribution towards media is beyond explanation. Our organization is honored to present this award to Dr. Marwah for supporting large number of media organizations. I am attending first event at Marwah Studios and amazed to note the energy here at this […] 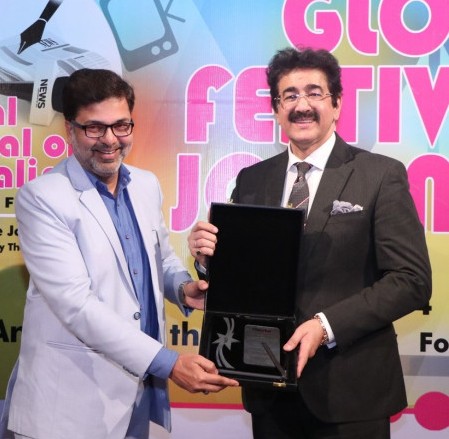