Noida: 8th Global Festival of Journalism Noida 2020 honored some of the prominent journalist of the nation who have contributed a lot to this responsible profession during the three days of the festival at Marwah Studios, Noida Film City.

“It was the most prestigious job for us to honor all those who have done extra ordinary well in journalism and proved a wonderful niche for themselves. International Journalism Centre salute all the people who are in this courageous profession,” said Dr. Sandeep Marwah thanking the large audience applauded for the awardees.

Mon Mar 23 , 2020
New Delhi: “Work like you don’t need the money, love like you’ve never been hurt and dance like nobody’s watching you. We should consider every day lost on which we have not danced at least once,” said Dr. Sandeep Marwah Founder of Noida Film City at the inauguration of annual […] 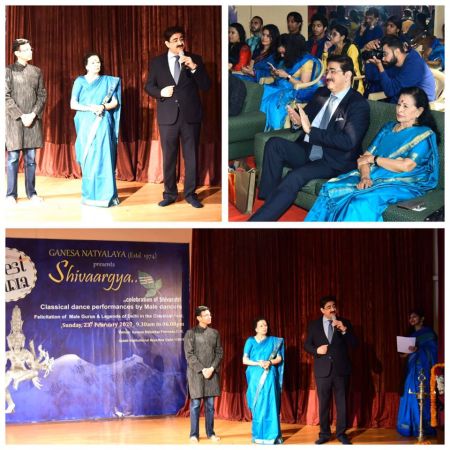