New Delhi: “It is the time when we should pay tribute to 40 Central Reserve Police Force (CRPF) jawans who lost their lives in the 2019 Pulwama attack. India will never forget the martyrdom of the security personnel killed in last year’s Pulwama attack,” said.Dr. Sandeep Marwah Chief Scout For India and executive member of GCTC in a high profiled meeting set by GCTC at Haryana Bhawan, New Delhi to observe first anniversary of Balakot Stike.

“The Pulwama martyrs were extra ordinary, who devoted their lives to serving and protecting the nation, said Aditya Tikoo Secretary of Global Counter Terrorism Council and initiated the talks.

India has consistently maintained that the Balakot strike was a successful operation where IAF jets hit most of the targets and Pakistan managed to keep these damages hidden by blocking access to this place for over six weeks.

Fri Mar 13 , 2020
Noida: “Noida Film City has brought revolution in the trade of films, television and media. It is one of the fastest growing film city of the World. I must say   that now Noida is on the World Map of Cinema. The credit goes to the founder Dr. Sandeep Marwah who […] 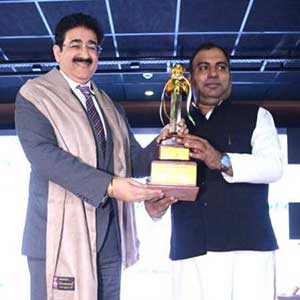