Noida: “AAFT is the only center in the World where full length feature films are produced to give final touch to the education and training of cinema students of the film school at institute’s cost,” emphasized Dr. Sandeep Marwah President AAFT while declaring the news of completion of next feature film The Few Seconds Feeling written and directed by AAFTian Himanshu Ranjan.

“We have made Hindi films like Sahi Kaha Tumne, Aaghat, Prashan, Nimtran, Coffee House, Arial, It’s Rocking- Dard De Disco and Riyasat earlier. The kind of exposure students get in producing these kind of grand pictures of Hindi Cinema, no other class can compensate to it,” added Dr. Marwah announcing 20th January as its release date.

The staff and faculty of International Chamber of Media And Entertainment Industry, Asian School of Media Studies and Asian Academy of Film And Television are more than excited for the release. 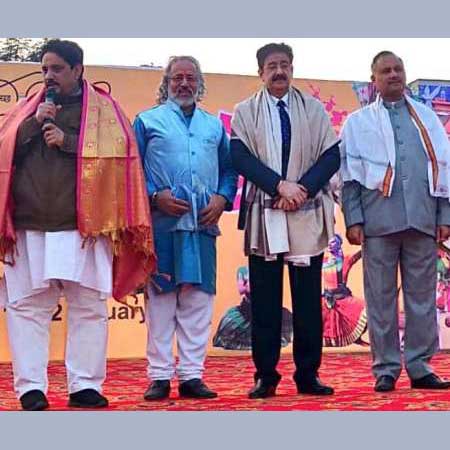