Noida: “Army Day is celebrated on 15 January every year in India, in recognition of Field Marshal Kodandera M. Cariappa’s (then a Lieutenant General) taking over as the first Commander-in-Chief of the Indian Army from General Sir Francis Butcher, the last British Commander-in-Chief of India, on 15 January 1949,” informed Sandeep Marwah Chancellor of AAFT University and former District Commandant Delhi Home Guards, a Para Military Force in an event addressing media students

The day is celebrated in the form of parades and other military shows in the national capital New Delhi as well as in all headquarters. On 15 January 2020, India celebrated its 72nd Indian Army Day in New Delhi. Army Day marks a day to salute the valiant soldiers who sacrificed their lives to protect the country and its citizens.

“Forces has taught me a lot- Punctuality, sincerity, dedication, regularity, nationalism, attire, alertness and that all has helped me to reach to a stage where I have been nominated as Chief Scout For India. I want each and every student must go through the training of Army,” added Sandeep Marwah announcing a new body to be opened in AAFT.

Fri Jan 24 , 2020
Noida: Lal Bahadur Shastri Remembered “It is the right time to recollect the words spoken by our late Prime Minister Lal Bahadur Shastri-“Jai Jawan Jai Kisan”where he taught us the importance of both of wings of national development and security,” said Sandeep Marwah Chancellor of AAFT University observing silence for […] 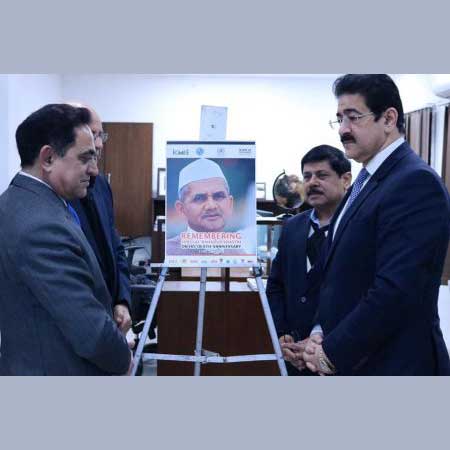