New Delhi: The Vice President of India Shri M Venkaiah Naidu today urged people to place national interest at the center of their actions and not to indulge in violence.

Addressing the gathering after releasing the book “ Turbulence and Triumph – The Modi Years” written by Rahul Agarwal and Bharti S Pradhan at Uparashtrapati Bhavan in New Delhi today, he said that while dissent was the basic quality of democracy, people must follow peaceful, democratic methods and function according to the spirit of the Constitution.

Observing that unity, safety, integrity and sovereignty of the nation were of paramount importance, the Vice President said that people must move forward in a constructive and positive manner. He said people should not do anything that would be detrimental to the image of the country.

“We also have to project the aims of Scouting as to promote the development of young people in achieving their full physical, intellectual, social and spiritual potential, as individuals, as responsible citizens and as members of the local, national and international communities,” said Sandeep Marwah.

Mon Jan 6 , 2020
New Delhi: The Chief Scout For India Dr. Sandeep Marwah met the union Minister of State for Health and Family Welfare Ashwani Kumar Choubey at Noida Film City when he was invited to WASME event. “We have a huge strength of Scout and Guides in India and we are looking […] 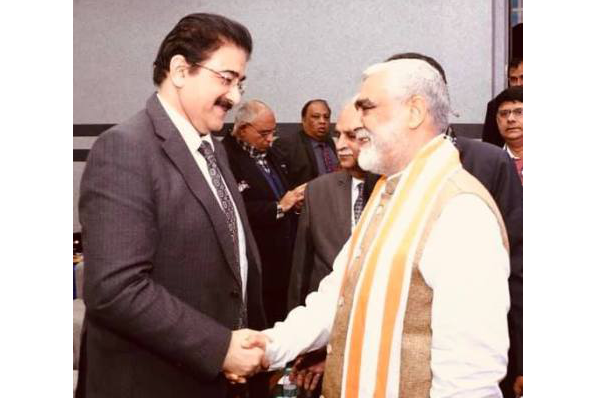