Noida: Appreciating the hard and honest work of AAFT Alumnus Rajinder Saigal of 23rd Batch Sandeep Marwah President of Asian Academy of Film And Television announced special honor for him for promoting animation.

Rajinder Saigal, who met Sandeep Marwah in Cannes during Cannes International Film Festival this year, is keen in submitting his short film to many more international festivals to showcase the work he has done in animation. Saigal approached Dr. Marwah for further professional assistance.

“I am impressed by the work and dedication of AAFTian Rajinder Saigal who has done very well in New Media. After finishing his editing course from AAFT he has proved well in animation,” said Sandeep Marwah

Mon Jan 6 , 2020
New Delhi: A peace walk was organized in Delhi to celebrate 150th Year of Mahatma Gandhi where Gandhi Ji’s ideology of promoting Khadi, help for unprivileged children and tolerance for all religion were observed with large number of participants from all casts and religion. “Gandhism is a body of ideas that […] 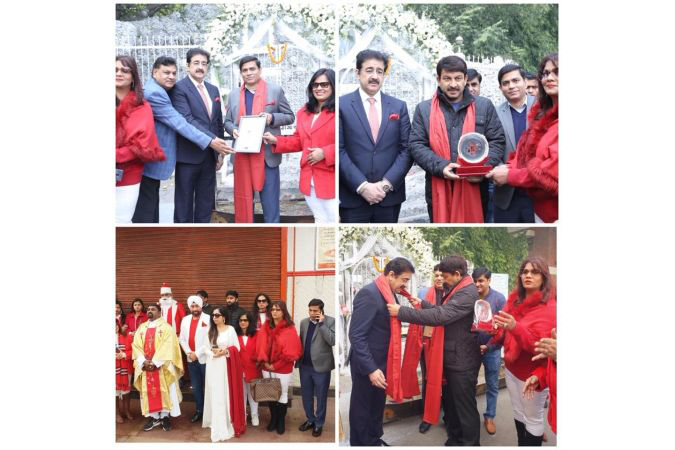