New Delhi: A well-known film and media personality Dr. Sandeep Marwah has been nominated as the Chair for newly constituted Indo Myanmar Film And Cultural Forum to promote relation between two countries.

“I am pleased to nominate Sandeep Marwah as the Chair for Indo Myanmar Film And Cultural Forum as he is going to be the cultural ambassador for India and Myanmar too. He has a vast experience of International relations and culture diplomacy,” said H.E. Moe Kyaw Aung Ambassador of Myanmar to India, Government of Myanmar.

“I am thankful to H.E. Moe Kyaw Aung for the confidence has showered on me. I am ready to take the responsibility whole heartdly and for all time to come,” said Sandeep Marwah President of Marwah Studios.

Dr. Sandeep Marwah is seven times International record holder and has been in art and culture business for last thirty years. His contribution in promoting international relations cannot be expressed in words. Films, television, media, tourism, hospitality, new media, fashion, design, journalism, Events etc, are his specialization. He is also the President of ICMEI. 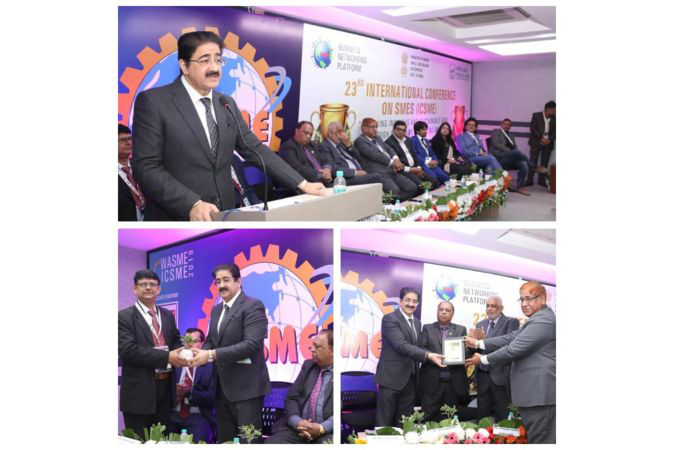